Theme is a tricky one for me. For the longest time I’ve thought of theme is something “post-hoc” a topic that English teachers and academics like to toy with when they analyze a work, rather than an intention technique by the author. After all story is king and should themes emerge that just shows the brilliance of the author right? No need to stress about theme whilst writing.

Well in with more rigorous consideration I’ve started to change my mind. Considering theme can make the difference between an aimless plot and a coherent narrative, the quantitative gap between a shallow vacuous book and a piece with something to say.

But I’m not necessarily talking about high brow essays and thematic analysis, I’m more interested in whether thinking about theme helps a writer with their works. Writing with theme in mind sounds a little arduous, however what I think helps is knowing the message or messages of your work and can guide your creative process, supporting you in figuring out ‘what’s next’ or what tensions and resolutions should be put in place. Typically in writing there are multiple ways to take a story and a theme can guide this process.

I don’t think that writers need to set their theme in concrete from whoa to go in their WIP, nor do I think stories need to be anchored to one theme. But having some idea of what the story is “about” is a great balm to uncertainty.

It’s probably a whole other post to talk about what sorts of themes are suitable/ideal for a modern work, the ultimate idea though is that your story tells of or explores some aspect of human nature of existence. That sounds pretty poncy, however theme can range from basic to eccentric, the simplest of action flicks tells us about overcoming adversity while Game of Thrones is almost like a political ethics course over several books.

What are your thoughts on theme, is it something you think about or intentionally develop? 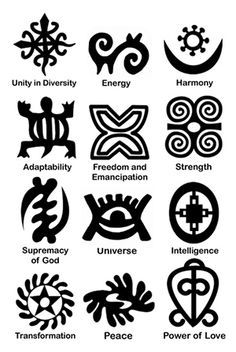 So its been a while since I sat down a put something bloggish out there, so I figured it better be something about the challenges of consistency in writing habits. I was somewhat reassured/dismayed to see that writers blogs in particular seem to be a challenge to keep going with, some friends I’ve seen are getting onto double digits for the number of blogs they have left fallow and then started a new one.

I talked ago taking a Behavourist lens to writing and goal setting and I thought it might be wise to revisit in slightly more plain English just why its so hard to establish and maintain good writing habits.

What I’ve noticed about myself is that I tend to throw myself at a project with much enthusiasm, but as soon as some speed-bump hits (and that speed bump can be a small as over-sleeping a couple of mornings, catching a flu, or just being a little more negative towards writing than usual) I find it incredible hard to get a good routine back.

If I go back to my last post part of the reason that writing is difficult is the rewards are somewhat fuzzy. For the most part its around your own sense of satisfaction having done some work, otherwise you don’t really get much out of an individual writing session and the ultimate prize of becoming a multi-billionaire best seller is at least a couple of years away.

But the truth is there is another little devilish details accompanying the above issues with reward. After all there are some good ways to reward yourself, whether it be by publicly posting your word-counts, getting feedback from a writer’s group or buddy OR maybe just coveting delicious fake internet points like blog views/likes 🙂

No there is something much more insidious that undermines my writing routine and I’m willing to bet it hampers others too – its the fact that when you don’t write nothing goes horribly wrong.

That is to say if I jump out of bed and hit social media or a game rather than writing, the world doesn’t grind to a halt. In fact sadly I probably have a better time (in the short term) than struggling with a WIP.

Of course I’m not suggesting that writers need consider a cattle prod extension for their laptops – but I’m just trying to understand myself and why this pattern of initial enthusiasm and at times good habits can be so easily derailed and hard to get back on track.

Of course its possible that I am indeed just Mr….

Anywho in that face of all that hoping to get back into good regular blogging habits!

What are your guys tips and tricks for getting into and sticking to a routine?