Right now I just need to get to the third draft

I have to say that the third draft is probably my favorite when hammering out a book. “Shouldn’t the final draft be your favorite?” I hear you ask. Well, no. The final draft is a bit anti-climatic. It’s thrilling to be done, but then I have to face the daunting tasks of marketing, publishing and turning a stack of blank pages into the next book.

For me, the third draft is exciting. I’ve conquered the blank-page phobia of the first draft. I’ve sorted out most of the major plot problems in the second draft. By the third draft, I’ve thrown up a super sturdy framework for my building and now it’s time to do a little rearranging, decorating and shoring up of the structure. You know, the fun stuff!

MAJOR SPOILERS RE: GONE WITH THE WIND AHEAD, LIKE ALL THE SPOILERS

Gone with the Wind was a bit of a surprise read for me, at more than 1000 pages it took me ages to work through and even though I’d heard the main plot points offhand many times the nature of the story was unexpected to say the least.

Suffice to say Mitchell may or may not have a sadistic streak and Gone with the Wind provides a great case study in how to punish and torture one’s main character and create a successful story from it! As writers we’re often recommended to treat main characters badly and (just saying) I think we often have somewhat of a natural proclivity to dole out the trauma, but it is a tricky thing to get right. So what can Gone with the Wind teach us? 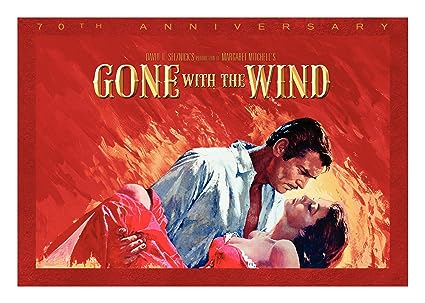 First of all the MC’s torment cannot be a constant. To use a cliche, stories ought to be emotional roller coaster rides. It doesn’t matter is the exact subject but if reader’s are exposed to the same thing over and over it still get boring quickly. Many stories seem like they are laundry lists of terrible events happening to an MC, but even the darkest of novels will usually contain subtle variation to ensure the trauma has maximum.

This relates to a similar point, that the MC should also show some variation and growth in terms of the trauma. In Gone with the Wind Scarlett faces (at least)

But I would say each trauma is met differently, at times we see Scarlett cower and flee, but at other times standing up and fighting circumstance, sometimes nobly, sometimes not so much. The key point is that each event while definitely pummeling our MC its not repetitious in effect.

One last point about character, there are also elements of justice or Karma in regards to the events of Gone with the Wind. Obviously some of the events are not Scarlett’s fault, e.g. the U.S. Civil war, but the interplay between Scarlett’s actions and the consequences creates a richer story. That’s not to say that Main Characters need to deserve their torment, but rather that there is a sense of agency or fate included. For example SPOILERS REMINDER the whole crux of the tale is about how Scarlett’s standoffish and st times harsh and manipulative ways sabotage her chance at true love with a man of similar stature but who genuinely love(d) her. This wouldn’t really have the same impact if Scarlett were completely innocent but her hubby decided in the face of hard events he “didn’t give a damn.” The interaction of a character’s behaviour and the bad events is what makes the story.

As always – what are you thoughts on the subject? Any great examples of books with similar lessons? Maybe some contradictory points?