One of the weird pleasures of rewatching some of the MCU movies is that I haven’t actually rewatching many of them since they came out, it’s odd but satisfying to see how some of my own tastes have changed and also my own insights into storytelling too. 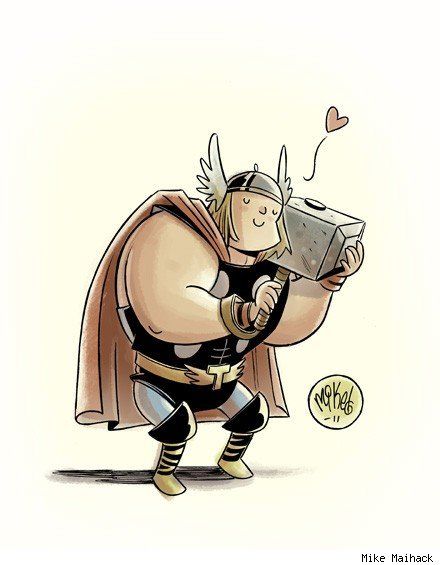 Thor is an odd one because I didn’t like it that much back 2011, I’m not sure what my problem was, perhaps I found it too cheesy or was too enamored with the idea of fully power superheroes and didn’t like to see Thor puttering around powerless.

Fast forward (heck time goes by so quick it may as well be fast forward anyway) to 2018 and I really liked rewatching Thor. Some of the jokes are my favourite in the whole MCU Series:

The character progression and interplay between Thor, and Loki is brilliant too, while Hiddleston is perhaps a tad over-the-top at times its great to see a villain who is as conflicted and developing as much as the MC. Unlike in Iron Man where Obidiah Stane is presented as ambiguous but then revealed to be a complete evil guy, Loki is almost identical in basic plot progression but his motivations build, his actions in the story aren’t an overarching evil plan, its how he responds and changes to ongoing evils that become very evil.

The cool thing about Thor is that unlike the other ‘phase 1’ Marvel movies where they desperately try to make a fairly toned back ‘normal’ movie about superheroes to ease audiences in, Thor is highly fantastical and while Kenneth Branagh (who would have thought) does a great job drawing audiences in, he also doesn’t sky from epic set pieces.

I still need to rewatch Cap’n America, but Thor might be my favourite Phase one MCU