Ok so let’s get this out of the way upfront: I didn’t like age of Ultron when it came, out I haven’t softened on it in the meantime and I still don’t like it now. Most of this review will largely be a negative rant from whoa to go – I will make some attempt to find the positive however just to start. 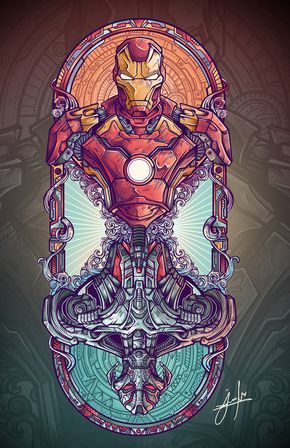 Age of Ultron is the second Avengers movie, and its probably an understatement to say that there was a fair amount of pressure and expectation on this movie, not only at the time was 1st Avengers the highest grossing MCU film it was also one of the top 5 grossing films of all time. Also as other reviewers pointed out there was considerable ‘universe building’ needed in this film to setup Civil and Infinity Wars and Thor: Ragnarok.

Counter to many critics I actually think the setup elements were handled just fine (ish I’ll get onto that) I also think there were many strengths to the film, it really is visually stunning, the CGI is well integrated and many of the action sequences are great. And finally I will admit there are some amazing moments, and a few great jokes.

Now that I’ve got that out of the way let’s rant.

I’m a huge fan of Joss Whedon. When I first saw Avengers 1 I didn’t even know Whedon directed it, but loved it to bits and looked forward to Age of Ultron. Honestly though I’m not sure what happened, Whedon complained about studio interference around the Hawkeye and Thor plotlines, yet those aren’t really the problem – I think the issue is that Whedon wrote AND directed age of Ultron and perhaps high off the success of Avengers 1 simply had too much input for his own good.

The first problem is that both Iron Man 3, and Winter Soldier had significant endings especially in the case of Iron Man – and Ultron just starts with no addressing this whatsoever. Apparently Agents of Shield provides some context but the problem isn’t so much a plot hole nitpick as a neglect of material, having the Avengers leap into battle immediately makes the characters feel flat and undeveloped. Unlike in the first film which allowed time to build character, Ultron feels like Characters behave to serve the plot no visa versa.

And much about the plot is just so contrived. The whole Ultron thing happens purely because Stark is in a rush to use the scepter before it ends up back in Asgard and can’t be bothered discussing with the other Avengers either, or in fact explaining to us the audience how AI is the important factor in defending the Earth from whatever the next attack is. From a writing point of view the problem is the movie starts with the Avengers desperately attacking HYDRA and seeking the scepter – Stark’s desperation to create Ultron largely comes out of nowhere or his recklessness to meddle doesn’t feel natural. Then the movie is just reactive to Ultron, The Scooby-Do nature of the Avengers discussions trying to solve the ‘case’ again feels flat and clunky. Big deals are made about Ultron being in the internet yet this doesn’t really make any difference to the story really, they have to go and hide out at Hawkeye’s family home but its not really clear why. Black Widow is kidnapped and poorly imprisoned because Ultron has decided he wants a witness or something? (more like they needed a little more tension and a way for the Avengers to find Ultron.)

The first Avengers had a very very simple plot that flowed well and important to the characters, the second feels like its dictated by the “cool scenes” that needed to happen rather than coherent character choices.

Then of course there is Ultron himself. I know that the source material has Ultron as a ‘mad robot’ but seriously I hate this character. A lot of fuss was made about James Spader’s performance but it doesn’t save it. I don’t know whether Whedon was trying to cover up the fact that “AI that decides to destroy humanity” is pretty far down the cliche well – or was just so desperate to make more quips – all of Ultron’s “lines” fall worse than flat and he never actually feels scary as a villain.

Finally the humour is just so off in this movie. Sexual innuendo about the Hulk and Black Widow, boob slap-stick, tractor puns, stilted one-liners that the cast couldn’t even charisma their way through. There were a couple of great gags, but they were far outnumbered by cringey jokes.

Ironically I said I could go on and on, but actually I can’t. The problems I have with this movie are as complex and interconnected as a movie script itself, it’s like a puzzle where someone has forced all the pieces together rather than where they should be. To be fair, Age of Ultron its an overall terrible movie say compared to some of the other superhero movies outside of the MCU, but compared to its predecessor, and even just the other solo MCU films its frustrating and below-expectations.