I think that Doc Strange was a very difficult movie to land.

Marvel had just done an intro movie for Ant-man, a tricky concept to sell AND introduced both Black Panther and Spiderman in Civil War, not to mention the general epic upheaval Civil War was to the characters. 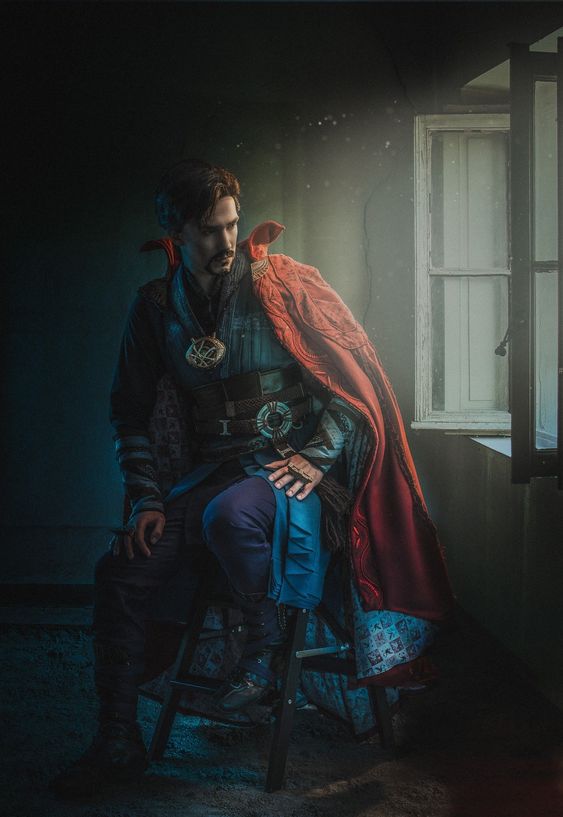 And then along comes Doctor Strange.

There were a lot of things great about this movie, the casting is (mostly) amazing. I’m not really going to get too much into the controversy of Tilda Swinton other than to say the character felt a little flat and unconvincing, IMHO. However Benedict insertmeme is 100% perfect for Doctor Strange and other than his American accent occasionally faltering, embodied the hero fantastically.

Also the visuals really were spectacular, obviously a lot of the focus is going to be on the magical dimension shifting hoo-ha, but actually most the film is slick and good looking.

Ultimately however Doctor Strange falls flat for me.

Oddly, despite being a huge nerd, I’m not actually that familiar with the source material for most comics. Nor do I mind too much when films take a different path – after all the whole point of adaptations is to ‘adapt.’ However I do remember the origin story of Doctor Strange, and I feel like the movie writers missed out hugely by making the story both dumbed down and trying to ‘epic’ it up too much.

What I’m getting at is in the original comic Doctor Strange very much goes in search of magical ways to heal his hands, much as the movie plot goes. However rather an evil rebel already having lest the sorcerers, Doctor Strange stumbles upon The Ancient One’s heir-apparent getting into some evil rituals. The Apprentice (I’m not sure if its Kaecillius or another character) upon discovering Strange casts a spell that prevents him speaking of what he has seen.

This cues a tense interaction where Doctor Strange decides to learn the mystic arts to attempt to stop the evil apprentice and winds up getting drawn into a complicated scenario, where The Ancient One knows their apprentice is evil but finds it safer to keep them close and suppliant them with Strange.

Anywho the point is that plot would have been way more exciting than – there is a bad man who wants to feed the world to an ancient evil. They do their best to make it sensical but I think the real problem is without the intrigue mentioned above the storyline absolutely just has to force Doctor Strange to get involved and it doesn’t quite work – I won’t break down all the movie beats but I think if I examine the mid-point to the end you can see what I mean.

Basically about the midpoint of the movie we’ve seen Doc pick up the mystical arts and that he has a natural talent for it, he becomes curious about more and more magic and also about Kaecillius. He takes the (time-stone) and practices some time magic.

The others scold him for playing with dangerous forbidden magic.

Suddenly the sanctuaries are attacked, literally knocking Strange into one of them despite the fact he doesn’t want to fight.

They fight and Kaecillius reveals that The Ancient One draws on power from the dark dimension.

Now the problem with this plot strand is that this really isn’t that bigger deal in terms of what the movie has already setup. Really what we’ve been shown is Dr Strange wanting to get healed, becoming magic and getting drawn into a fight he doesn’t want to fight. The relevance of The Ancient One drawing power doesn’t really strike a chord because it shouldn’t mean that much to Strange who has been shown to be a smart guy who is willing to explore forbidden stuff anyway.

And before you think I’m nitpicking this plot point then becomes the sole focus, Strange confronts The Ancient One, and in the next battle a large deal is made of The Ancient One drawing power being confirmed. Again it doesn’t really matter though, its important for Mordo but doesn’t change the fact that they need to stop Kaecillius and it doesn’t change Strange’s character other than he continues to be standoffish just for more reasons.

Can I add that all this is crammed into a series of scenes that occur in close temporary proximity leading straight into the final battle? Seriously it feels like the last hour of this film is quirky magic stuff (again looks cool, storywise a little flat). There is a major pacing problem in this segment, and I suspect its largely caused because they needed Strange to continue to hold onto the time-stone so it could be used in the final battle because if there were any moments to breath someone would have taken it off him.

The other problem with the film, which plagues many magic systems is the issue of rules. There are previous few rules presented in Doctor Strange, we don’t really know the limits of magic or how it works we just get presented with cool visuals and wild outcomes. Which works for a while but its boring when a lot of the action sequences are guys running and floating around doing stuff that makes no sense, they did cram some fancy kung-fu in which kinda makes sense if they are going for that vibe, but it kinda looks silly among the magic. There were a couple of ‘rules’ put in around the Dark Dimension being timeless which makes the finale quite good, but most of the time the action sequences feel incoherent.

Finally just a wee rant about the humour. Bar the joke above, and a few good lines (“I call it the Strange policy”) the humour feels off in Doctor Strange, a little too silly and not leveraging Strange’s potential snark.

Ultimately while a good looking film I think Doctor Strange suffers from trying to do too much. They manage to pull of his original origin and aptitude for magic quite well, but I think it was a stretch to try and get Strange preventing such a major world-ender etc. I suspect in the greater scheme of things they wanted Doctor Strange to be at the height of his competence to he could be a believable ally for the Avengers but I wish they’d spent more time on the plot for this movie.