After recently watching Captain Marvel, I’ve been reflecting on the relatively common fiction trope of amnesia. Specifically that is when main characters have a piece of or indeed their entire past wiped from their memory, and a significant if not entirely of their story is about trying to discover or rediscover their lost memory.

As a side note its a particularly at odds trope with reality, amnesia (as depicted in most fiction) is not a particularly common occurrence, especially not as a tidy difficulty where the ‘facts’ of one’s past are obscured yet much of the persons character is intact especially without any other neurological difficulties. Oddly the portrayal in the film Memento where the MC cannot form new long term memories, is closer to ‘real life’ amnesia, however because the trope of a characters losing their past is so common in fiction the story of Memento seems like the outlandish one. 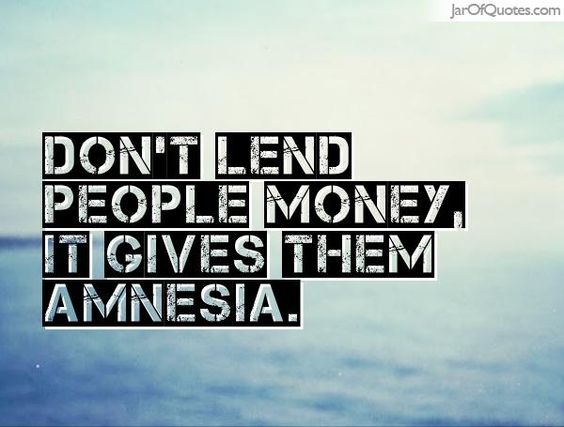 Why is amnesia a popular trope?

I believe the trope is common and popular because its a bit of an instant mystery for the story, we automatically see a persons past as important for their character, and not knowing said past creates an immediate problem to be solved. Amnesia also creates a bit of a ‘blank-check’ for a writer and creating tension, because their is a gap in the established backstory for a character, you can always throw in something from their past, without much fear of inconsistency (although more on this later as I think its a double-edged technique)

So why is amnesia “risky”

On reflection I think there are some real writing risks with using amnesia as a plot device, which I will list out below. I’ve called these risks, because I don’t think they definitively cancel amnesia as a plot-point, they are more cautions.

Playing with the past

In general good fiction moves forwards – backstory and flashbacks are also tricky techniques that are generally best used sparingly and wisely to maintain a sense of forward momentum and a story happening in the ‘now.’ Having an amnesia missing past storyline almost guarantees that the story will be mired in the past. That’s not to say that readers don’t care about characters histories (they do) but its hard to make a characters past significant enough to drive a story forwards when intuitively backstory is something that flavours the current story as opposed to completely drive it.

As we writers all know, main characters are supposed to be relatable. Now this is totally my opinion, however amnesia story-lines are inherently difficult to relate to. Don’t get me wrong, I think that most people want to know their own past, and put in a situation of not remembered would want to. However for the most past, the sort of forgetfulness we suffer is trying to remember a name just before we introduce someone, or the answer to an obvious test question. It’s hard to really comprehend what it would be like to miss large chunks of one’s personal history, furthermore most amnesia story-lines involve a high level of motivation and effort on behalf of a MC either to find out their past and/or pursue the plot around them and there is a catch-22 in this: not knowing said past, its hard to get behind a motivation to discover it or act in spite of it.

Usually for MC’s we find ourselves rooting for them because they try and fight for good, or secure a relationship with their fated lover, or escape evil and so forth. Things that we can imagine ourselves doing. I’m sure most of us would be curious about a lost past, but not enough to risk life and limb (which most fictional characters do)

Also backstory/pasts are a powerful way of communicating character to a reader. With a gap readers often feel a little cheated or at risk settling on how they feel about a character. As I said above, while a blank slate of a past can be a useful tool in fiction its a double edged blade as the lack of backstory can leave a reader feeling like the character is equally lacking.

I think we all know that writing is quite hard, particularly pulling together multiple plot and character points together in a satisfying conclusion. Using amnesia hamstrings a writer by forcing them to incorporate that lost past into the story. They need to make the reader not only care about the lost memories, said memories also have to be pretty relevant to the ongoing story, and while it may seem like an easy source of twists, the potential of simply annoying the reader is high. I think readers have a sense that the author does have a bit of a magic hat in the form of a forgotten past and feels cheated if anything about that past becomes a magic wand to fix the current tensions, feels too on the nose or just generally doesn’t deliver on the expectations setup by the story.

So can it be done right?

Personally I think this trope can be used really well, it’s just about avoiding the pitfalls and above and taking some things into consideration:

Who knows what: Most amnesia story lines force the reader/viewer to experience the discover of the past alongside the character, however careful use of dramatic irony (the reader knowing stuff the character does not) can actually strengthen the story.

For example letting the reader know a piece of information about the lost past first, and letting them see the MC flounder or make bad decisions can be a good source of tension (or a frustration, be careful).

My thoughts are that if the reader and MC discovers their past at the same time it needs to be well crafted to fit with the story, the reader will intuitively care more about story relevant elements not necessarily points that the MC will (e.g. who their best friend in school was)

Meshing with the story: One challenge is portraying amnesia in a way that doesn’t just seem convenient, but also is relevant. Even if the main thrust of a story is an MC trying to discover their past there needs to be some other motivations and goals in there too. E.g. let’s say a character feels they cannot commit to a marriage until they find out about their past, said past has got to in some way relate to their relationship goals. It seems like common sense as I write it but the reveal needs to have an impact – and preferably not just a melodramatic ‘oh I’ve done bad things in the past but have been a good person the entire novel so its actually pretty irrelevant’ type thing.

The Reveal: finally I think lost pasts need to be handled carefully, a readers suspension of disbelief can only go so far, memories rushing back when a person returns to a location, dream sequences, minor characters who are happy to explain in great detail are all common cliches that if not presented well can remind a reader that the author made all this up, and it actually wasn’t much of a challenge to thread it together because they just made it all up!

Anywho, need to go to work – what are your thoughts on amnesia tropes? Am I too harsh, do you like memory loss plot-points?

One thought on “Writing Amnesia: a risky trope”