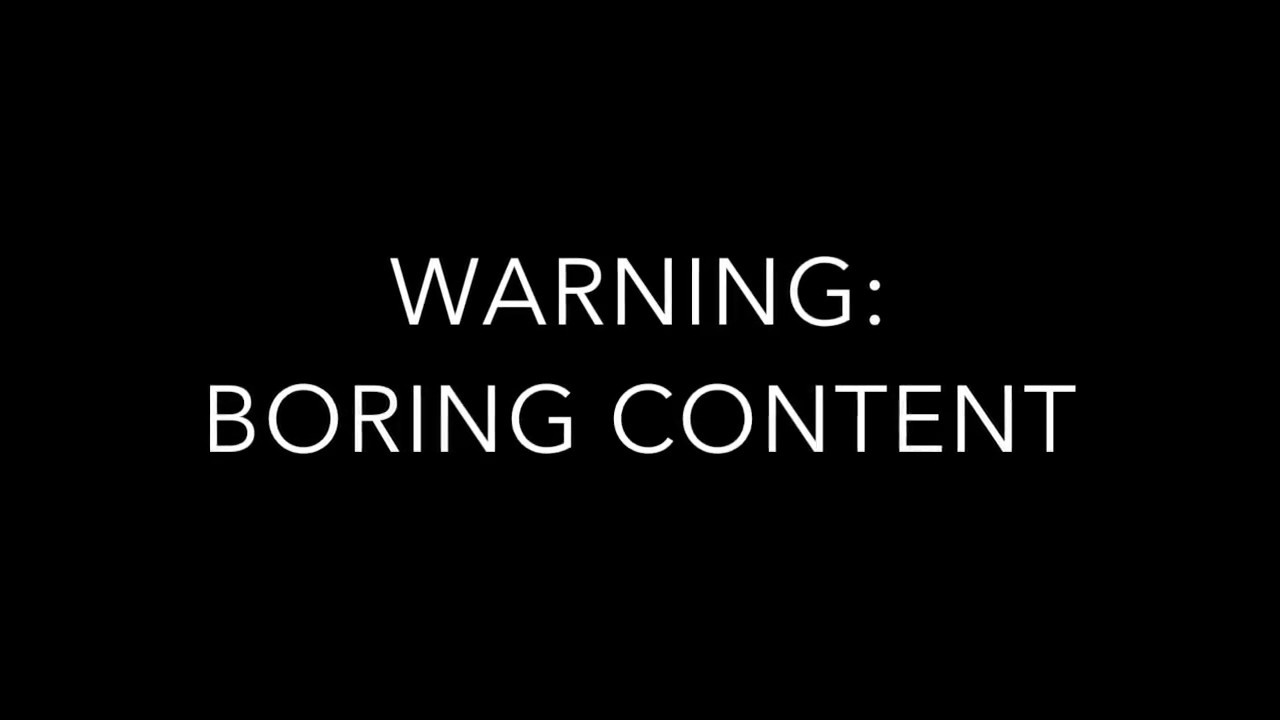 For those unlikely few that have not come across this concept before, Trigger Warnings (in general) are the idea of placing a suitable content warning (in the case of books) prior to the work beginning to adequately warn readers who do not want exposure to said content.

Just before I say anything else, I’d like to clarify that I’m not some ranty idiot who thinks the world has gone soft, or that people need to drink concrete or whatever, trauma is quite real, and fiction is one area that can easily spark pain and I think its a totally valid point to have some sort of content warning in books.

In saying that there are some interesting points to bring up… First of all books don’t follow rating systems in the same way that television, movies and indeed video games do. That is to say you don’t find R18 books (even though there are “R18” books) there is no penalty for libraries of bookstores for selling explicit novels to children, and there is no content regulation system for books.

There are a few reasons for this.

For one its actually a practical matter, significantly more books are published per year than even games and TV shows and content many more hours of content than visual mediums. It’s unlikely that any censor has the time or resources to scour all the worlds written work for disturbing content.

Second and interesting from my point of view, the nature of written content is much different than visual mediums. Typically for games and movies content is whatever is shown on screen, rarely in some cases what is talked about or implied. Some of the rules are so silly developers and SFX people can change the colour of blood to avoid rating censorship. In written works everything is written down and left to the imagination of the reader. A fade to black before something terrible happening to a MC can be more harrowing than a full account, the fact of something happening to a MC can be worse than an innocent bystander. The tone or prose of a work can make a tonne of difference too.

Thusly how on earth is a censorship panel supposed to assess fairly what is restricted content and was it not?

In saying the above, I couldn’t find actual numbers but I have a sense that books have been and are more frequently outright banned than other mediums. This could be an offshoot of no rating system (although I don’t think so) but if more about how we orientate to books as a society, something like American Psycho is horribly violent and explicit with it, but it was also culturally positioned to be opposed. People aren’t consistently looking to ban similar content, when the book was pegged for release they took exception to that book.

There is an element of self-modulation within traditionally publishing too. Obviously agents, editors and publishers will select and guide their representative works towards the right audience including managing content. So of course you’d be generally confident that children’s books won’t contain graphic content, however more broadly there is nothing stopping anyone accessing adult grade stories and of course what is an appropriate level of content for YA is hugely controversial.

All of this is to come around to the point that books are in fact fairly free of censorship or content regulation. When you pick up a tome there really isn’t any indication of what sort of material might be present other than reviews that may or may not be focused on that.

And I just want to plug two psychological points. First for those who have experience of trauma or a negative reaction to some content, one doesn’t want to be completely avoidant, or at least not in a state of avoiding reading wholus bolus due to risk of triggering. A Trigger Warning could empower a person to brave content they want to build some resiliency to, OR choose to skip at that time.

And then it’s also important to point out that the written word can be very powerful, we tend to assume that being exposed to a visual depiction of something graphic is the worst possible thing, however prose not only goes inside character’s heads, because writing prompts our own imaginations it can make material even more intense – e.g. rather than seeing something you’d rather not, its like actually thinking an believing something you’d rather not.

Well I think a reality check is somewhat needed. I doubt that trigger warnings will ever be a legislative requirement – as above its too hard to consistently regulate, judge and cover the breath of material that may be problematic.

On the other hand I do think that publishers will increasingly include forewords and messages to that effect, as the industry becomes more diverse and interested in supporting communities.

Some are concerned about spoilers or softening readers. To the latter I always find such attitudes pathetically paternal, people have a right to manage their own hardship as they see fit, life is horrible and surprising enough without idiots demanding we don’t look after each other in case we get too ‘soft.’

As for spoilers there are plenty of practical solutions – I have no doubt that there are already such sites, but making use of reviewers or online resources for trigger warnings makes sense. Secondly warnings can be easily placed on a book cover to not dominate front and center – it may depend on intent, if you want Trigger Warnings to catch a naive reader who hadn’t thought twice about reading a book  its going to need to be obvious, although my gut sense on the topic is that people are empowered enough to consider whether they want a content warning or not (although as above it tend to rebel against anything paternalistic or assuming people’s frailty).

What are your thoughts on Trigger Warnings?