As the Marvel Cinematic Universe’s Endgame approaches, and the final season of Game of Thrones is in progress, many fans are worried about the fate of their favourite characters. More on my mind though is the bittersweet sense of the end of the story as whole.

Granted, the MCU will continue, and Game of Thrones will have prequels, and the actual books still to be published. However I think ‘post-series-depression’ is a worthy topic. 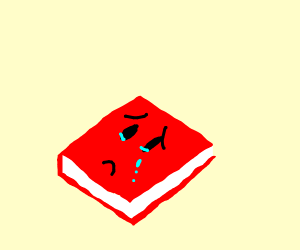 My rough internet search largely found mildly mocking or patronizing articles on the subject, and not too much of substance so mostly I’m just going to bank on my own experiences and theories.

Embarrassingly my own first experience of post series blues came after one Buffy the Vampire Slayer. I’m not actually embarrassed to be into Buffy, more that a. it wasn’t until I finished the series years after it actually aired, and b. as my first experience of this sense of mourning a series was in my early twenties! Essentially once the final episode of the final season had been binged, I fell asleep that night unsettled, and found myself heading down to University the next day unable to focus and strangely put-out. After realizing I was not going to get any work done, I returned home and watched the various ‘special features’ and Googled what I could about the season (a common coping mechanism I have heard).

Since then I’ve had many a similar experience, following ‘Logan’ (Hugh Jackman’s final outing as Wolverine) the end of Lost (of all things) and my favourite local show Outrageous Fortune. Usually along the lines of either a low-day or more often an unsettled night post viewing.

Broadly speaking this phenomenon tends to happen after longer running series (somewhat rationally) although as books can last for long periods I think the effect can occur for stand-alone books as well as series – possibly its felt all the stronger for a series as there is a sense of promise of more material.

But what is this all about? Why do stories have this effect?

You’d think that because stories are made-up and we know they are made up that there wouldn’t be too much of a problem with the full stop at the end of the story. Although there are some obvious potential causes – for example if we enjoy a story, then it stands to reason that the end will be a little upsetting – but my sense is that this isn’t that simple. Some articles have suggested its the sense of loss of never being able to experience that story again for the first time, as in it can always be reread (or watched) but never again as a novelty.

But I just feel like there is something deeper going on here – for example sometimes when I finish a good book I do lament not having something good to read during my usual hours, but its more a simple frustration, akin to having nothing yummy in the cupboard rather than post-series blues. And if the blues are indeed due to the loss of novelty, really why would that only occur at the end of a series? Maybe if the ending does bring us to that realization, but its not usually what I’m thinking about.

Some people believe or seem to genuinely feel connections to characters as if they were real people, and this certainly is a sign of brilliant fiction to make us feel that way. I suspect that part of mourning a story is mourning the characters, after all its almost like a true character death.

Here is my (perhaps over the top) deep theory though. I think that the post-series-blues is in fact the mourning that comes with personal change coupled with the pain of reality. Fiction really is blissful escapism, as much as we sometimes want to deny that we need an escape, or that our psyche’s are so fragile as to dive into fiction so completely, we obviously do (why else would stories be such a backbone of humanity?)

Truly powerful stories stick with us – not only in the moment, but the lessons and themes stick with us afterwards. Indeed any book ‘on writing’ will tell you that this is the point of the story. What we often don’t think about though is learning is change, and change means the loss of our former selves.

What I’m trying to get at is really good stories leave us different than before, and we need time to adjust to that. It’s only often once a tale ends that we fully realize this.

Or maybe I’m just indulging myself a little too much perhaps we just miss our favourite characters, or the hour or two of enjoyment we get from a long running story.

What are your thoughts on “post-series-depression”?

Is it a familiar feeling?

What series (book or screen) gave you “PSD”