I think, for me at least, which means at least for one or two others, one of the challenges with writing, in particularly novels is the sense of there being many many “moving parts.” 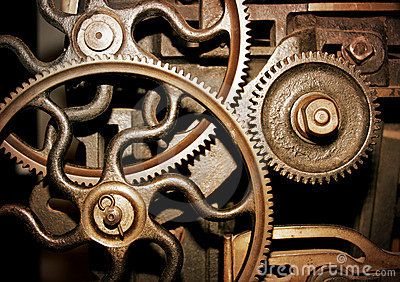 That is to say there are really several (if not dozens) of elements to a novel that have to work together. I’m not just talking about multiple characters and scenes (although that is one major complication) but also ensuring that description grounds the reader, that transitions between scenes are effective, the individual prose is tidy and well balanced, tension is introduced and varies dynamically.

Anyway the point isn’t to raise those elements and stress people out, but just an insight I that it often feels like a writer needs to keep all of those elements in their head all at once. For example I often find myself settling down to write a passage, perhaps a straightforward scene and then find my mind wandering to various other elements the story will need – and before you know it my head is so wound up I can’t even start the easy scene.

I think there are two key parts to countering this sort of thinking. One is to accept that a novel is bigger than one’s own brain. 80-100,000 words of dynamic fiction contains a million different elements that its actually OK to not be on top of every second of writing, it’s OK to write a scene as a piece of a novel without encompassing the whole story in your working memory.

And the other part is remembering that novels are not made of “moving parts” even though it can feel that way to the brain. What I mean is that words are static. Once you have scenes written, there they are. Sometimes I think a novel can feel like a festival or group project of some kind, where our brains are filled with all the different things that have to happen alongside each other. Now the experience of reading a novel might make it seems the same, but ultimately the words on the page are set. If you skip to page 200 of a story the same words are there, then if you read properly.

What I’m trying to say in my roundabout odd fashion is that to the writer who is midst story it can feel like the tale is happening in some sort of real-time and thus needs to be corralled, managed and kept in mind like an event. But this isn’t the case, its OK to ‘park’ elements of a story, or to just get what you need on paper (word processor) first without having to juggle all elements in your head.

Well just some thoughts anyway, possibly its only my brain that does this, but I would be interested to know what insights others have about not overwhelming themselves with writing?