The truth is I’ve been thinking about this topic for ages, but avoiding it for equally long. This is because to be perfectly honest I don’t know a lot about the finer points of World Building and there really is a tonne of resource out there already from people wiser than I. 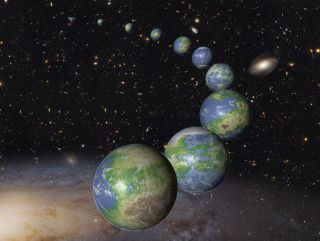 But in my usual style I do have some random thoughts and insights that I though worth mentioning.

A good start might be to discuss what exactly is ‘World Building’ and address an interesting controversy of whether all books contain World Building or whether its a specific technique typically present in certain genres but not others.

While World Building seems pretty straightforward and obvious as a term I think as story component it’s place is somewhat confusing. For me World-Building exists as an extended part of the Setting, essentially as in implication of what ‘the world’ is like outside of any given scene. That is not to say that World Building isn’t present directly in the scenes but its how it sits with the reader, and the sense of this is what the world is like.

An example to make my gobbledygook clearer – contrast two books with similar basic names: Cormac McCarthy’s The Road and Emma Donoghue’s Room. Almost every scene of The Road is desolate and horrible, and every effort is made to communicate that this is what the world is like now, so not only are individual scenes constructed to present this Setting, its strongly designed to create a sense of a world that is the same. In Room, the setting is a claustrophobic and horrifying situation where child and their mother are trapped in said Room. Part of the tension of the story is the unknown of the wider world, and the design of the story is not to imply or describe the wider world beyond the setting to maintain the intense feel of the setting.

What I’m trying to say is that different stories have different World-Building needs. Not every story creates a sense of the wider world within its tale, and this is OK but the way I would phrase it, is not that some stories don’t have World-Building but that the focus of the story is on the immediate settings of the characters, and the implications of the wider world are less significant.

So why is World Building considered so important for certain genres?

This is where things start to get really tricky. I’m going to start with Epic Fantasy as this is where people usually talk about World Building, but I think there are a few things going on. First of all I think there is a weird amount of pressure in the Fantasy Genre to ‘World Build’. This has created an unusual backfire effect where every author and their dog are trying their best to come up with the most epic world ever, kind of making World-Building a bit trite and overdone, in that way its almost just a trope for Fantasy, meaning that readers would find it weird if a Fantasy story didn’t contain World Building elements. Equally Fantasy tends to require World Building to support suspension of disbelief. Trying to tell a story of dragons and magic in the ‘real world’ creates all sorts of double takes. Harry Potter managed to pull off a World where the magic community existed in secret alongside the ‘real-world’ but I feel like it was a challenge.

But World Building isn’t just restricted to Epic Fantasy, Historic Fiction requires a different sort of World Building Technique, where the author communicates an authentic (but still purely fictional) sense of a past time. Even contemporary fiction creates a ‘World’ for us even if it is being sold as ‘real life.’

In discussing all that, I think its worth mentioning some common problems with World Building. The main issue being a contrary sort of positioning of this fictional element, you want to create a sense that your characters exist within a world, yet too much focus of the narrative on said world and not the action of the scene will often ruin both. For me the trick is about character reactions. The way that characters navigate the scenery tells the reader about the World. To go back to a previous example, Harry Potter’s reactions contrasted with his experienced friends helps create the Wizarding World for the reader. The way Gandalf teaches Frodo about Middle Earth as they journey through it creates a strong sense of World.

That said always recognizing what is harder to believe for the reader and planning how to introduce fantastical elements is super important. I’ll never forget a ridiculous fantasy story I was reading and eventually put down – there were numerous problems but one hilarious one was the author had set up a gritty Game of Thrones/Gladiator type setting where a couple of characters escaped a tyrant’s city. Once they were outside the city walls one character was like “right I’ll just call my gryphon.” Up until that point there had been no suggestion that gryphons or any other similar creatures existed in the world, let alone that the MC had one they could summon!

The previous example was about too little World Building but new writers often struggle with too much. Or in my opinion not paying enough attention to timing. Many authors attack their World Building in a logical manner starting their stories “In the beginning” (i.e. with the beginning of their universe) – I think this is in part why Prologues are somewhat of a dirty word in new fiction because of the tendency to dump World Building information into the start of the book. While a sturdy creation myth or fictional history is great to have underlying the stories within your world, its rare to be a useful part of the actual story you’re trying to tell. This may come as a a surprise to many who follow the Stereotype of Lord of the Rings but Tolkien’s classic doesn’t actually contain that much World-Building per se. Or more specifically the creation myths, explanation of character origins and so forth is relegated to the appendix, or the Silmarillon. The World Building that occurs in Lord of the Rings is what fits with the narrative of the story.

I’m waffling on a bit for the topic, I just wanted to hit one last insight which I stumbled on recently, and that is what makes a “good” (man I’ve overused quotation marks this post) Fictional World?

Most people will advise a great depth of construction of your World, but I have a different take:

A good fiction world is one that sparks the imagination.

While there is no doubt that Tolkien’s thorough creation of Middle Earth added to its appeal, I also think the World has a sense of many more adventures that could be had within it than just the stories told. Same for Hogworts or the Wizarding world of Harry Potter, while there is a lot of detail creating an authentic sense, the way of the world is built creates a feeling of there being more out there, more potential especially.

I’m not saying that good World Building means the opportunity for fan-fiction, its more that what is laid down in the story inspires rather than limits the reader’s thoughts. Even bizarre and simple concepts like Pokemon are super-popular because of the way the World can act as a template for more adventure. Again not necessarily advocating for endless sequels either, its more that the sense of the World for the reader creates fuel for the imagination. Middle Earth, Narnia, Hogworts, Even the Districts of the Hunger Games provide possibilities and potential beyond the exact story. I think often writers feel they have to precisely dictate their world’s in order to be acceptable and create a tight story, but my suspicion is as readers we’re willing to accept plenty of random and spontaneous stuff as long as the world feels alive and filled with possibility.

So that’s my thoughts – keen to hear yours!

3 thoughts on “On Writing: Thoughts about World Building”