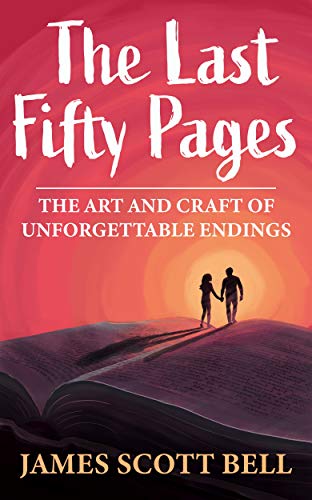 that being the paradox of endings, at least for novel length pieces of work. You see, for the most part, if a reader has made their way all the way to the end of your book then you’ve succeeded. The beginning and middle have done the true heavy lifting of enticing and engaging your audience to deliver them to the final words of your story. Commercially they’ve bought your book (or never were going to) and artistically the reader has committed the time to your pages and characters.

And yet what do readers talk about after the book is over? I mean sure they’ll mention their highlights from the tale, but endings are what people mull over, discuss and debate and at times lambaste.

In my experience readers don’t typically appreciate the efforts of first pages, introductory acts or skillful handling of the middle of a novel – by which I mean they unconsciously enjoy the book, however they don’t put a book down and go “what about that cross-over to the second act?”

So whats going on here? Maybe its just recency, i.e. literally just the last bit of the book to stay in a reader’s memory, or perhaps its a cultural phenomenon to make a big deal about how a story ends.

I think the truth is something more complex. Endings are not just about tying up and resolving the lose threads of plot you’ve developed, nor are they just a writer trying to add a final flash to their prose. Endings I think are a final statement on the story, we all know that fiction can live a life of its own away from the writer, however an ending is like the author tugging on the lasso and bringing the story down to earth. “And they lived happily ever after” isn’t just a mildly cheesy and idealistic statement about post-fairy tale life, its a statement about the resolution of the story, which again paradoxically isn’t just a bold prediction that the characters lived out the rest of their days in happiness but also a statement about the rightness of the story and the characters that they tend lived ‘happily ever after.’

Imagine if you crammed “and they all lived happily ever after” in the concluding statements of classic Romeo and Juliet? I mean obviously there are some practical speed-bumps to this statement  (spoiler alert I guess) however it wouldn’t just be the fact that we know our leads are not even living that would put this ending at odds it would be the dissonance created by making such a statement about the story we’ve just heard. If Google is to be trusted the last lines of Romeo and Juliet are in fact:

“For never was story of more woe. Than this of Juliet and her Romeo.”

Almost the opposite of happily ever after right?

Just to be clear, my point isn’t about the very last line of novels, but endings in general.

While I think there is an awful lot to cover about endings (and an awful lot that could be covered by better writers than me!) I found this paradox of endings quite interesting. James Scott Bell points out that readers unsatisfied with your ending won’t by future books, however I find most writerly advice about endings focus a lot on the sort of ‘practical’ side as it were, whether plot points are tied up, whether the MC has learnt something and so on. These are super important elements to get your head around, however as always I like to use this blog to explore the odd and untrodden elements of fiction.

So in conclusion, I think endings are important for many things, but one particular strange aspect that writers often don’t talk about. That being endings are a final thesis statement reflecting on the rest of the story. Twist endings for example throw our perspective of the tale into turmoil.

Thanks for reading – what are your thoughts on endings?

via But Is It Art?