I’m reading Phillip Pullman’s Daemon voices, and one particular insight from his first essay/speech stood out to me. 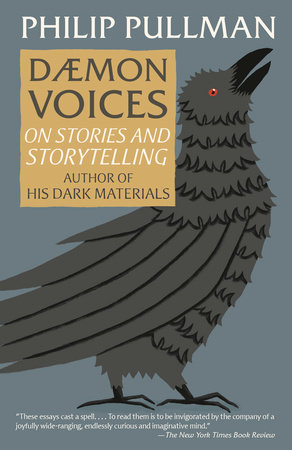 He talks about clarity being supremely important for a writer, using the metaphor of a clear pool of water – the writing/water must be clear to show the reader whatever is going on at the bottom of the pool, which could be complex, confusing or mysterious despite the writing being crystal clear.

I think this is something that many writers have trouble with, certainly with my writing buddies I have trouble explaining to them the importance of clear writing even within a mysterious plot.

The confusion is that much writing appears to be obtuse, we’ve all heard of red herrings, unreliable narrators and tend to praise the ability of authors to imply meaning indirectly. So how does that all relate to clarity?

The trick is in the distinction between the writing and the content. No-one should ever be confused by what your writing is trying to say, they may well be confused by the content you present them but should never agonize over what you mean when you say words.

For example consider a scene within the much loved “A Song of Fire and Ice” (I’m going to be vague to prevent spoilers and errors as its been a while since I read it). In the scene one character lies mortally wounded, but imparting instructions to another pair of characters. The scene ends with the wounded man asking for “a favour”

Now in hindsight, and probably obvious to most people who aren’t dumb like me, the wounded man was asking the other character to put a swift end to their life, which they obliged. (I only realized this when the scene happened in the show and thusly ‘showed’ it happening) At no point in the narration was their any prose describing the character stabbing the other to end their life, it was very much something implied.

So in terms of content, pretty oblique right? Strongly relying on the reader correctly ascertaining the meaning of the dialogue “favour.” How does this fit in with the idea of clarity?

Well, while the scene relied heavily on reader understanding at no point was the writing unclear per se, nothing needed to be reread for understanding from a prose point of view.

I’m not 100% sure I’m being clear here (ironic much) but what I’m getting at this idea of what is OK to make a reader go “huh?” about and what isn’t. No reader should be left scratching their head to make sense of a sentence, whereas its generally acceptable, potentially desirable to leave a reading scratching their head because of a mystery within the story.

As I suggested earlier, I think that writers struggle to make this distinction between mysterious stories and problematic prose. Writers often seem to think that because prose is riddled with deeper meaning, it doesn’t matter if its actually immediately accessible. To me this is like a movie director not worrying that their set is poorly lit because they are filming a mystery thriller.

I like Pullman’s idea of writing needing to have ultimate clarity, even its the clarity to reveal something confusing, its like being precise with where you put the confusion.

Anyone else read this collection? Thoughts?

I’m looking forward to the rest of the pieces.

2 thoughts on “On Writing: Clarity”