Going to break out of my global pandemic slump with a topic that has been fascinating me for a wee while: story telling in video games.

Stories and Video games have long occupied the same space – given that some of the earliest games were essentially text based stories where you needed to input the actions! And yet their relationship is often overlooked. I find that its only in the past while (well maybe longer than a while in my head 2010 was just the other day) that people have really started talking about the stories within games, how the story has perhaps impacted them more than the actual gameplay etc. Not to mention the rise of alternate endings, forced and open world choice type games and so forth.

So without any particular order, I’m just going to through out a few thoughts, and summarize some super interesting bits and pieces that I’ve picked up from others.

Games have had a long tradition of story cutscenes between levels or chunks of gameplay with varying levels of interest and success. Often players complain of the interruption of their play for boring dialogue.

Often in games story is little more than an excuse for action or a contrived series of events to perpetuate a plot rather than a riveting story. Here’s the thing though – games don’t necessarily need a “good” story in the same sense that say a novel does, what I think a video game needs is a story that gels well with the gameplay. I don’t think players mind too much if their shoot-em-up has a fairly basic plot, as long as it sits well with the shooting. I haven’t played it but apparently the ‘character-development’ of Metroid other M is horribly disappointing, because the cut scenes depict the MC is a fearful insecure character freaking out about the various enemies she has to fight – but then you promptly being playing again and execute said enemies forthwith…

Other good examples of gameplay fitting with story are Portal – where you solve strange physics puzzles devised by a maniac AI, Amnesia where you sneak scared through a dungeon discovering horrors that you purposefully purged from your memory in order to remain sane, and even Grand Theft Auto where you play out fantastical crime dramas in an equally semi-unrealistic world.

Another gameplay point is one that is hard to explain, but something that I absolutely love about games is when the gameplay fits thematically with the story or even adds story elements to it. One game I’ve finished recently is Darkest Dungeons (SPOILERS AHEAD SORTOF) which has strong Lovecraftian themes, for those familiar one element of ‘cosmic horror’ is the overall sense of meaninglessness to the human race, there are no chosen saviours we’re essentially bacterium on the bum of the Old Gods. One way that Darkest Dungeon fits this theme is that your most expendable resource is people. Everything else costs money or resources, but you have an endless and free supply of adventurers available to you – the game intentionally plays on our natural sense of wanting to care about and for our little people’s but forces you to be ruthless with your fleshy rubble.

Probably the strongest element I’ve found in ‘researching’ (I use scare-quotes because I mean searching Youtube) is that people like their stories played within the game so much more than cutscenes or separate material. Examples include within game dialogue (although no info dump please) hints and clues within the visuals of the game, implications from how characters behave a so on. Half-Life has to be the prime example of this, as if I have my facts right none of the games have any cut-scenes whatsoever, at best short sequences during gameplay, but otherwise the story is played out literally, through observed events, dialogue, visuals and so forth.

Probably the most insightful thing I picked up from brains bigger than mine, is the interesting point that video game stories don’t need the same tensions as a typical piece of fiction, because the gameplay creates the sense of the protagonist ever stretching and growing to reach the ultimate goal. This probably varies between genres but I found this super interesting, sort of suggesting that the story of the game needs or to setup the payoffs for the player overcoming their challenges rather than following the usual rules of fiction, this includes pacing as well. Circling back to an earlier point its almost a given that a game increases in difficulty as you progress I’ve never heard of a game that does the opposite but I’m assuming it doesn’t work – but it mirrors the idea of matching plot to gameplay. I’ve always found puzzles in shoot-em-up games annoying and I’ve noticed that this can be a story matching problem too, often a challenge in a game is to have to find something, a key or item for a character that has little to do with the story (e.g. why is the cyber demon just sitting behind a locked door waiting for me) whereas when you have a sense of a plot point you may find it more satisfying to complete the task.

Some example of bad story-telling

Already mentioned, but character doesn’t match with game-play behaviour , or doesn’t fit with how game played, e.g. very specific character development, but game is open world so you behave how you want between cutscenes.

Plot is just contrived stuff to perpetuate the game (just let the fun gameplay do that!) especially ‘twists’ that don’t influence how we feel about the gameplay (e.g. still just shooting baddies) 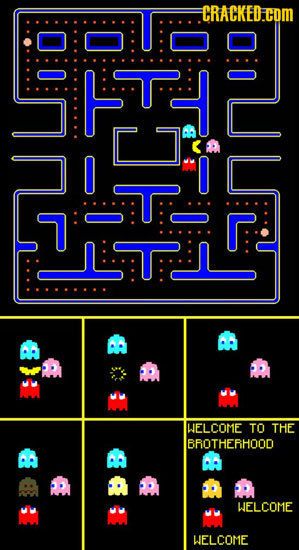 uh not really sure how to round this one off – just glad to back doing some sort of writing after an extended period nestling on the couch with chocolate and reading the news.

What video games have great plots?