So over the past Lockdown period I’ve played a number of (yes gloomy) games set in some version of the afterlife including Limbo, Pinstripe and in the past I’ve found myself heavily invested in the grimey Binding of Isaac

All of which are set in an afterlife, and/or deal with the mortality of the protagonist, the games often steeped in symbolism or overt mortality stories. 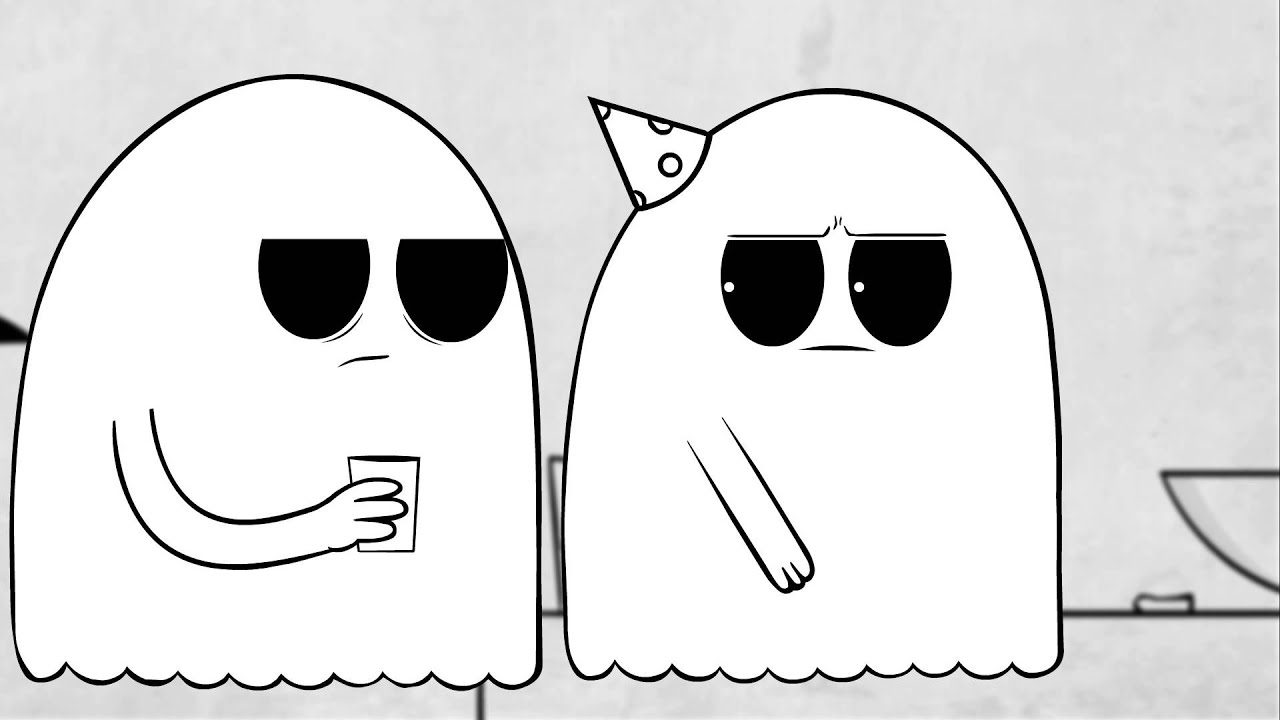 Now maybe its just me, and maybe its just these times, but I do think many films and stories spring to mind with the “dead all along” trope. While not always about the afterlife, oftentimes will make some comment about it – very often implying that once plots are resolved the dead go onto heaven, or some variant of positive afterlife.

Why do these stories appeal to us?

Well there is the obvious, that many believe that all stories are about sex or death, so that in some regards asking why stories like the above appeal is somewhat redundant. Death and mortality is the flipside to life (while also being a terrifying topic) which makes for obvious story fodder, but I think there are some strange reasons ‘they were dead all along’ and afterlife tales appeal.

We’re told in writing advice to give our characters ‘wounds’ or burdens from their past that require resolution. Having guilty characters as dead not only presents the most extreme unresolved guilt, it also presents the ultimate crucible (the crucible is the binding agent that prevents characters from walking away) how can a character leave the afterlife?

By creating the ultimate wound stories in the afterlife also create the ultimate resolution – forget “lived happily ever after” imagine leaving a character fully resolved and settled post-life?

(of course not all stories have happy endings)

Cheeky way to get away with ‘it was all a dream’

It seems odd to me that two such tropes with so much in common can be so polar opposite in acceptance. Although it makes sense. Both dreams and afterlives may create perfect fantasy settings to really mess with readers/watchers/players realities but each are very different in implication. One of the reasons dreams are such a big no-nos is that it presents a sequence where the stakes were less in almost all ways, whereas ‘dead all along’ type resolutions does the opposite, it raises the implications (although can also change them in ways that aren’t so great. When people misunderstood the ending to Lost as they were dead all along it was not well received [if anyone wants to argue about this I’m pretty sure the final scene was intended to be where all the characters ended up after their individual deaths whenever that would have been NOT that all the characters were dead all along]).

So what afterlife settings give us is the same illogical and unrealistic potential as dreams without the literary drawbacks.

So why do you guys think that his trope exists? OR do you think I’m exaggerating the interest??

Any good or terrible examples of this trope from the Screen or Page?

If anything I have to give quite a lot of props to Westworld Season 3 – during the global pandemic I’ve found my ability to focus on any lengthy shows greatly hijacked and WW3 is one of the few shows that I was able to settle down and watch. So even though I had some negs about it, still doing good 🙂

First it might be useful for a bit of a recap, after 2 seasons set ‘within park’ the finale of Season 2 saw Delores and Bernard rebuilt and unleashed on the ‘real wold.’ It was quite an exciting prospect as up until that point the outside world had been somewhat of a mystery in Westworld, obviously we were aware there were some very rich very violent A-holes who liked to visit hyper-real parks and/or own said parks. There were a few snippets and shots of real world stuff in the first two seasons, but they didn’t really reveal much about what the world was actually like in the story.

So how did it pan out?

Well overall I feel that WestWorld struggled a bit to land its RealWorld (I confess I was hoping for a twist to be that everything was in fact another level of virtual world but no such luck (yet)). From a sci-fi perspective the world kind kinda followed that trope of ‘essentially just modern technology except in the areas we want to be sci-fi’. By which I mean there were robots, holograms, self-driving cars and a world dominating AI, sometimes mercenaries have all the high-tech and sometimes they are still plodding around with pistols, there are giant robots and tiny drones but also typical hotels and planes. Maybe its not so much this disconnect that was a problem but more that it felt a little rush or lazy, where I felt a lot of effort went into the setting of the Parks around behind the scenes and so forth, the S3 world felt like it just ‘was’

The whole premise is that a massive AI essentially controls humanity, resulting in stability and peace, however also requiring manipulation and the elimination of ‘outliers’ people that don’t fit well in the system no matter what. It is quite a crafty plot in many respects, there is a deep irony in a storyline about manipulated robots gaining AI and escaping the Park to find that the human race is in face similarly  enslaved.

I think part of the problem is that the themes just don’t quite fit together, in the earlier season a huge amount, perhaps even too much, effort is put towards exploring the situation with the hosts. In Season 3 we are fairly quickly introduced to our themes and pretty much told how to feel about them. Unlike season 1 where I found myself questioning my responses to the show, wondering about the various grays and dark’s of the characters actions. Season 3 felt largely spelled out for me.

While I felt that the timey wimey methods of the first two seasons were at times a bit much, it was a shame to have a relative absence from Season 3, sure there were flashbacks, and some sort of jump in the post credits scene, but mostly the sequence was straightforward. Who would have thought I’d miss try-hard over-the-top time jumps!?!

Overall Season 3 was pretty interesting, but lacked the originality of the first two seasons, I liked the clever irony of the world but feel it missed some of its potential.

Anyone else seen WestWorld Season 3? Am I being too harsh? Thoughts?